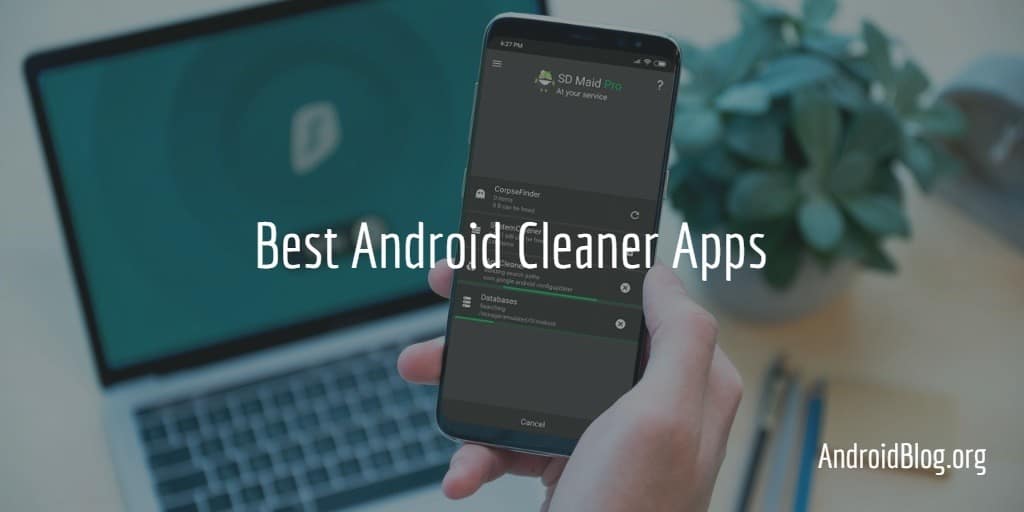 An Android™ Cleaner app that can keep your device blazing fast at all times! Sounds great, right?

If you do a quick search for Android cleaner apps or speed booster apps in Google Play, you will find a bunch of apps making tall claims of optimizing your Android device for super-fast performance. Some even have features for boosting battery life and performing malware scans.

Unfortunately, the next thing you would notice is the huge number of downloads these apps are getting in Google Play.

I said unfortunately because if you love your device, you don’t want those apps on it.

So that brings us to the question: Is there a way we can still clean and optimize our android devices using legitimate apps?

The answer is, yes! Let’s find out.

(Note: The popular opinion that Android optimizer apps help boost the gaming performance of a device is a myth. Here’s a good article on how to optimize your device for gaming).

SD Maid is the best Android cleaner app I have used so far. It can clean the cache, remove remnants of uninstalled apps, optimize the database and delete logs and crash reports.

It comes with a feature-rich File Manager and App Manager (called AppControl). If you want to look for duplicate photos and documents, SD Maid can do it for you.

You may also schedule the clean-up processes to run at a specified frequency.

With root access, SD Maid can perform further deep cleaning. So if you have a rooted Android device, you can stop reading now and install SD Maid.

It is an ad-free app with a paid premium version which is worth it.

CCleaner for Android was launched by Piriform after their huge success on Windows, and instantly grabbed eyeballs. And rightly so.

CCleaner can clean app cache, browser history, clipboard, etc. It can detect old and unused APK files and delete them. There is a handy app manager for bulk uninstalling apps.

Even though it comes with a RAM booster feature, I would not recommend using it. Instead, use the app hibernation feature, which can put background apps (which you don’t want to run) to sleep. Doing so will stop them from getting restarted.

CCleaner also comes with a Photo Optimizer feature that can compress photos and move the originals to the cloud, helping save your storage space. It can help you identify out of focus, blurred out photos and recommend you to delete them.

It is an ad-supported free app with a paid upgrade to unlock certain features.

Files by Google (to be referred to as “Files” now on) is a much-needed app coming from Google itself. It gives people doubtful of the regular Android cleaner apps an option they can trust. Not everyone would like the geeky UI (if I may say so) of SD Maid or the CCleaner with random ads.

Files do exactly what it is meant to. It provides useful recommendations for saving storage space by deleting old photos, duplicate photos and memes and other useless image files from chat apps.

It can also clear the app cache and other temporary files in Android.

The Files app also comes with an offline file sharing feature with nearby devices. This means one less app on your phone if you use apps such as SHAREit for transferring big files.

Greenify is not exactly an Android cleaner app. It is an app meant to help keep an Android device lag-free.

So does it work like the RAM booster apps out there?

Not really. Rather it works by identifying apps that are consuming more memory and battery and let you hibernate them. Doing so, these apps will completely work running in the background, until you (or another app) explicitly trigger it.

It has both a rooted and non-rooted operation mode.

I used to use Greenify on my rooted Android phone along with SD Maid. But unfortunately, they have not updated it in a while. But let’s not forget, it used to be consistently ranked among the best root apps for Android.

Note that I would not recommend this app to very casual users. However, if you’re like me who wants to play around with Android devices, try this.

Since we don’t have a huge list, it is fairly easy for me to give my recommendation.

If you’re a casual user, go for CCleaner and/or Files. You would find the UI comfortable to use.

But if you’re a moderately advanced user, try a combination of SD Maid and Greenify. If Greenify doesn’t work for you, continue with SD Maid for the cleanup work and let Android handle your RAM management.

Irrespective of everything, I would suggest every Android user make it a routine to restart their devices once every few days (there is no thumb rule on how frequently, I do it about once a week). It helps clean up some temporary files clogging the system and flushes the RAM completely for a fresh start. My observation is, it’s better to practice this than not.

So that was my list of the best Android cleaner apps. I’ll keep this post updated if I find another app that can make this list. If you want to make a good suggestion, I would be more than happy to test it myself and include it in this list.