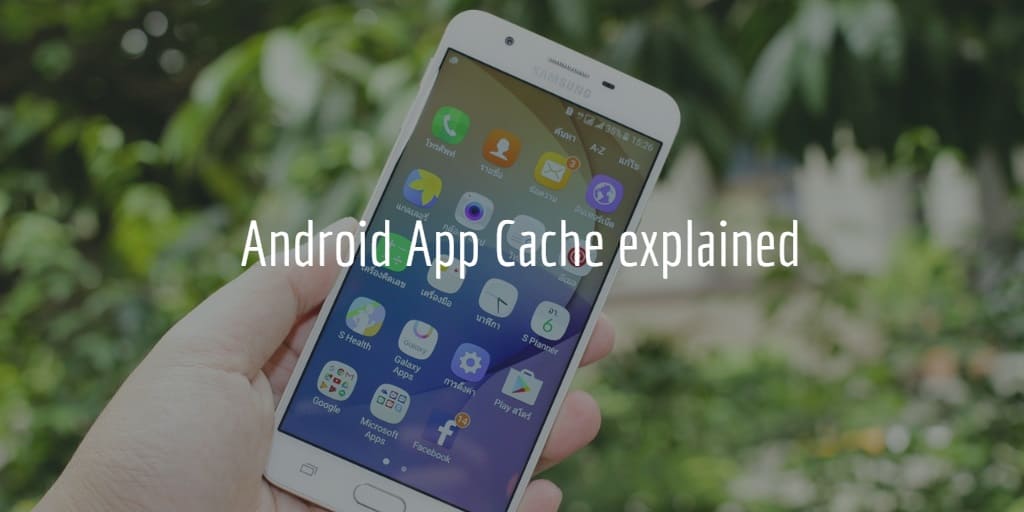 What is Android cache?

Should you clear the cache on your Android?

What are the benefits of clearing the cache?

And is it safe?

Gone are the days of Gingerbread, when Android used to be far less optimised and devices far less powered. Back then, we didn’t really have a lot of freedom to install whatever app we wanted. After all, there’s only so much a device running an ancient version of Android on low-powered hardware could handle.

Don’t get me wrong. Gingerbread was great. In fact, it was the best Android release until then. Both the engineers at Google and those at component manufacturers did a great job on the software and hardware front, respectively. But, as with any new ecosystem, things just weren’t in place yet.

All that changed with Kitkat and then took a further leap with Lollipop. Suddenly Android looked and worked way better than ever before. In came a massive community of app developers and there was no looking back.

The fact that these newer updates focused a lot on memory optimization helped. By now, the hardware manufacturers had taken giant leaps of their own. And the consumer was happy. Apps were running way smoother than ever, without those usual stutters and hung phones.

As a consumer, this allowed us to install and use even heavy-on-the-hardware apps. We were getting advanced processors from Snapdragon and increased memories of 2-3 GB by now.

And now, things have improved even further.

While all this empowers us, the consumer, they in a way, are a double-edged sword as well. We no longer install only those apps that we really need. This ends us with having tonnes of apps on our phones that we never use.

This is why it is important to keep your phone clean at all times. Go into the App Manager or whatever it is called on your phone, and uninstall everything that you don’t need.

But what about the space consumed by the apps that you use? Can we do something about it? Sure we can.

But let’s take it one step at a time.

What is cache in Android?

The cache is a temporary storage location that is used by applications to store data that can be served faster next time there’s a request for that data. Take, for example, your web browser. It stores data such as images on web pages you visit in the cache. When you visit the same web page next time, the browser can serve you those images faster since it doesn’t have to load them again from the internet.

Different app stores build their cache separately. All the cache built by the apps consumes considerable amounts of storage space. It can be very tempting to clear them and regain all those MB’s and GB’s that were lost.

This brings us to the elephant in the room.

Should you clear the cache on your Android device?

The answer is, yes and no. The reason is hidden above in the definition of cache.

Think about it. The cache serves the purpose of returning the data quickly on the next request. If you clear all your cache, the next time you open the app, it won’t find the relevant cached data and will load everything from scratch. This puts an extra load on the system (not something to worry about though), and most importantly, the app or the web page takes more time to open.

This is detrimental to the whole purpose of caching.

Yet, if you let every app store cached data on your device, it does take up a lot of space.

So what do you do?

Take the middle ground. Read on.

Which app’s cache should we clear and which should we retain?

Identify the apps you use frequently. These are the apps that are most important to you. You don’t want to wait for the files to load from scratch every time you open an app, right? It wastes your time and kills the user experience. For example, your web browser.

On the other hand, there are apps that you use once in a while, yet they build huge caches. If you’re like me, you won’t mind if it takes longer for them to open, since you don’t use them all the time. But you can definitely use the extra space you save by deleting the cache of these apps. Example: Your bank app.

Again, this classification is very personal. So think about it and if necessary, make a note and refer to it while clearing your app cache.

What happens when you clear the cache on Android?

Once you clear the cache of the app, it will free up some storage space. Next time you open the app, in most cases you might notice a slight delay in loading some of its elements. Don’t worry, it’s normal.

There can be minor lags even while using the app. This is because the app is no longer able to load certain elements directly from the cache.

But when the app starts building its cache again you’ll stop noticing the lags. This means some space from your storage has again been taken up by the app.

This is why in the previous section, I pointed out why it is important to be selective while clearing cache in Android.

Are there any benefits of deleting the app cache?

Yes, there are a few benefits:

Reclaiming storage space: Clearing the app cache saves you that extra space as explained above. However, it is a short term gain.

Security benefits: Unauthorised access to cached files can expose sensitive information to potential hackers. So it is good practice to clear the cache of apps that you don’t use frequently.

Performance benefits: As data keeps on getting added up in the cache, some might get corrupted. This can in turn cause apps as well as system-wide performance issues.

In such cases, if you can identify the particular app that is causing the issue, deleting its cache can potentially solve the problem.

Note that this might not help every time. And it is difficult for a casual user to be sure it’s a corrupt cache causing the problems. Sometimes it can be something to do with a bug in the app itself, corrupt system files, etc.

Should you use Android Cleaner Apps?

You must have stumbled upon several “booster” apps in Google Play that claim to clean up your device and make it run super fast. They essentially delete everything from the cache, kill background apps (mostly non-system apps) and perform some “magical” system fixes. The biggest example of such an app is the famous-to-infamous Clean Master.

You should NEVER use these apps.

Why you may ask.

If at all you want the cleaning job outsourced to an app, we have published a list of the best Android cleaner apps out there that don’t harm your device.

One popular choice is the CCleaner app. It comes from a reputed firm with years of history. But make sure you don’t use its RAM Cleaner feature.

However, my personal favourite is SD Maid. I use it on my device to clean temporary files, empty folders, cache, database optimization, etc. You can perform further deep cleaning with root access.

I hope by now you have some basic understanding of Android cache, why they exist, whether you should clear them and what can happen if you don’t.

Let me know in the comments if you have any points you need clarity on, would be happy to help.

Thank you for reading!